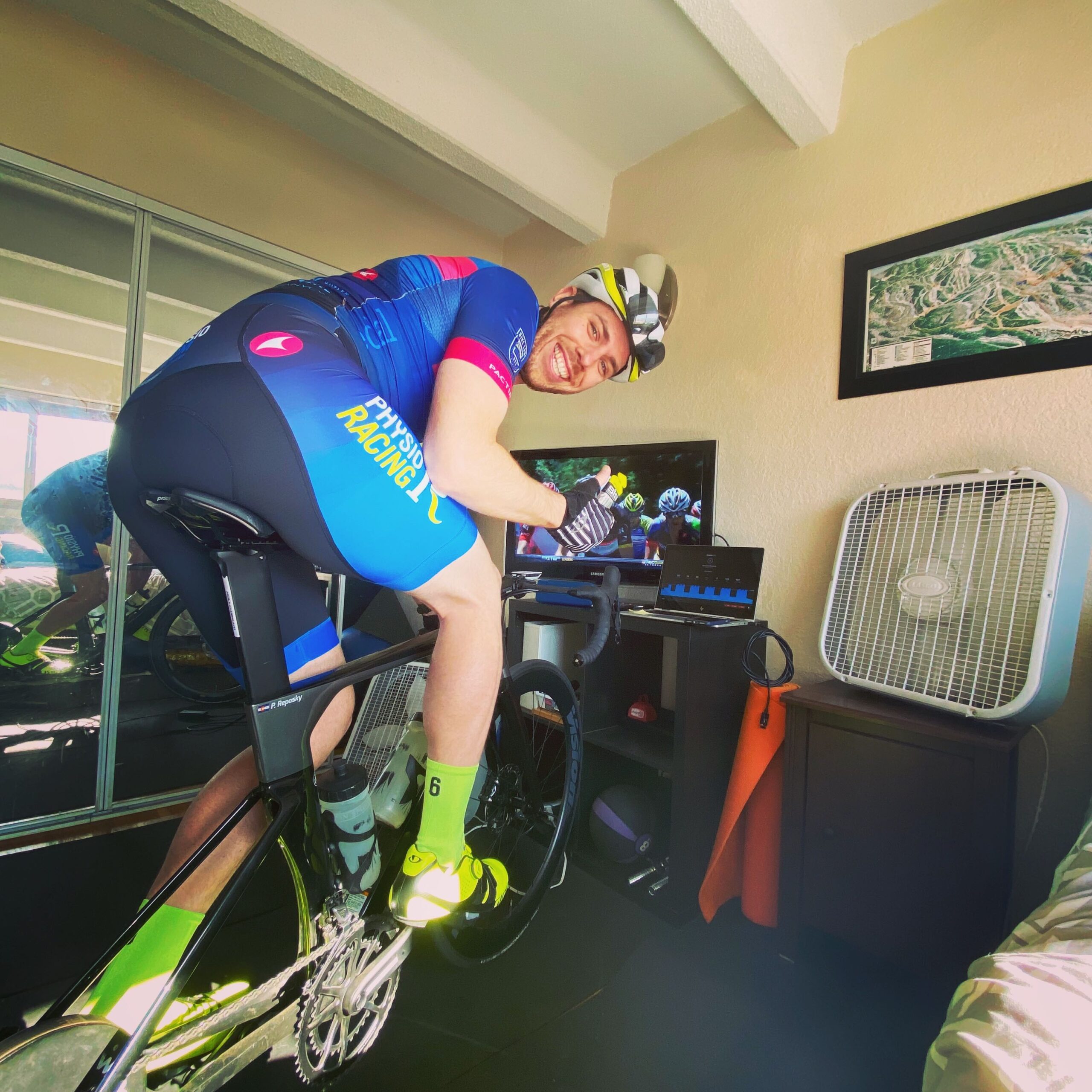 Everyone knows that you traditionally set New Year’s Resolutions around this time of year.  Everyone also knows that around February of that same new year you also stop making progress toward your resolutions.

What is it that makes it so difficult to “stay on track”?

Many years ago (probably over 15 at this point) I stopped participating in this cycle of insanity.  I don’t make New Year’s Resolutions and I laugh inside when I hear others talk about making them.  That doesn’t mean that I don’t believe in incremental improvements…  I do.  If you want to improve yourself (and specifically your cycling) in the coming year you have to know the difference between resolutions and goals.

In the past when I’ve participated in the practice I would say things like “It’s my resolution to lose weight this next year”, “I am going to learn a valuable cycling skill this year” or “I will eat better in the coming year”.  None of these “resolutions” were ever going to happen.  I knew it.  I knew that I would try but I also knew that I would probably make about as much progress on them as I did the year before – which usually wasn’t much.  The reason behind this is that these resolutions weren’t at all specific and they didn’t allow me to make any progress toward anything.

Resolutions are usually all or nothing. They are black or white – you either make it or you don’t.  There isn’t any way to measure any progress.  Resolutions normally focus on the negative – what you can’t do and what you want to stop doing.  For all of these reasons, they aren’t very fun either.  So what do you do instead – set SMARTER goals.

Goals in general are going to be better than resolutions since they imply that there is a target out on the horizon and you are going to spend time making progress toward that target.  A better “resolution” for the new year would look a lot more like a goal.

Goals are ALWAYS written down!

Using one of the examples from above, I could have turned the resolution to lose weight into a goal like “Next year I will lose a minimum of 20 lbs”.  This is better since now I put a number to the weight I want to lose, which makes it a goal, but we can do better still.

While I was in college I was introduced to the concept of creating a SMART goal.   A SMART goal is a mnemonic acronym (a type of memory trick) that has a few different meanings but most definitions start with a Specific and Measurable.  The idea is that the more detail you put around a goal the better prepared (mentally) you will be to achieve that goal.

The goal will be measurable so you can track your progress and not get frustrated.  Pick a way that your goal can be measured – in pounds, in miles, in days, in elevation, or whatever number you want to measure so it’s tracked.  By packing more detail and “requirements” around the goal you will be motivated to keep going and will usually succeed much faster than with a resolution (which is why they usually fail).  But above I said that you should set SMARTER goals – so what does that mean?  I’m glad you asked…

I borrowed from several different philosophies to come up with the concept.  (Basically I took parts from the best SMART acronyms then added a couple additional steps/criteria which have always worked for me.  They just happened to fit nicely into words that begin with E & R so the concept of SMARTER goals was born.)  A SMARTER goal stands for:

A SMARTER goal is still Specific and Measurable, which we defined above, but it is also Actionable – it has to be something that has action steps.  It will be something that is broken down into its smallest “next actionable steps” (like the critical path of a Gantt Chart) that you can work on in small steps.

This is similar to the elephant eating analogy we’ve all heard multiple times – you eat it one bite at a time.  It’s the same with a SMARTER goal – you break it down into actionable steps then write down the steps that will lead you to your goal and complete each “action item” before moving to the next one.

So that means that your goal has to be Realistic.  I can’t set a goal for next year to become a professional cyclist (probably not even in this lifetime).  No matter how many steps I break it into, I’ll never get there.  It’s just not realistic.

The next component of a SMARTER goal is that it needs to be Time-based.  Your SMARTER goal has to have a clear beginning, middle (aka checkpoints), and an end.  You have to have the ability to sit down with a calendar and say “by ‘X date’ I will have reached my goal”.  You take the actionable steps you defined and overlay them on the calendar so that each step has its own timeframe and deadline.

By combining the steps so far you have a very SMART goal which focuses the “target on the horizon” into something that is specifically defined, measureable, is broken into actionable steps, is realistic and has a time-based component (with a clear deadline).

A “classic SMART goal”, using the example from above, would look like this: “Next year I will lose 2 lbs each month by increasing my cycling 1 hour each week and maintaining my current calorie intake, for a total loss of 24 lbs. for the year”.  Pretty good but still kinda boring for me.  The final two criteria should help push you to reach your goal, they are the motivators.

I don’t know much about motivation or the psychology of goals but I do know myself pretty well and I’m motivated to create and reach goals when they’re Exciting and have a Reward attached.

You should create goals that have a component which is Exciting.  An exciting goal doesn’t have to be something grandiose, it merely has to be one that is POSITIVE.  Positive energy creates forward momentum.  I personally get excited by goals that are challenging – I like being able to say that I’ve done something that very few can say they’ve done.

Focus your goal around something that gets you excited. Think about what you want to start doing instead of stop doing.  Think about some way to track the goal, make it public (put it out there on STRAVA or in the pR forum), make it a competition, make it a group goal – challenge the team to accomplish something so we’re all working together.  (This even works in a professional setting, you just have to get creative sometimes).

The final component of a SMARTER goal is Reward.  Notice I said Reward, not rewarding.  If you do it right, your goal will already be rewarding.  What I’m talking about here is the carrot.  Call me weak-willed, but I do best when I’ve combined all the previous steps and then I put a reward out there.

Sometimes the reward is part of the goal itself – like losing a specific amount of weight so you get faster on your bike so you can enter & place in the top 10 at a mid-season race…  The race would be the reward.

Or your reward can be something tangible and specific.   Like a new mountain bike, a set of carbon wheels, a new outfit or whatever you want but are willing to put off until you reach your goal (remember, it should be specific not vague like “a new wardrobe”).  It doesn’t necessarily have to tie-in with the goal itself, it helps sometimes, but it’s not necessary.  If you want it bad enough and you’ve defined everything it should be within your grasp in no time at all.  Hopefully within the next year!

So, what are your SMARTER goals for the coming year?  Shout out in the comments below and let us know what you hope to accomplish in the coming year – and how we can help you get there.  Mine are there.

If you found this helpful please consider sharing it with others.